Festive tractors on the road for charity

The Staffordshire countryside saw 82 festive tractors take to the road in a charity Christmas convoy on 8 December.

Arranged by South Staffs Water and Staffordshire Young Farmers Clubs, the cavalcade of tractors was lit up with Christmas lights and travelled a 20-mile route through the villages of Hamstall Ridware, Abbots Bromley, Blithfield, Hill Ridware and over Blithfield Reservoir.

The event was held in aid of three charities; WaterAid, Staffordshire Young Farmers Clubs and The Royal Agricultural Benevolent Institution and has raised over £3,600 so far.

“It was amazing to be involved in arranging this tractor run. We were so pleased at the numbers taking part and to see the smiles on the people’s faces as we drove by, which was wonderful. It was so much fun and we raised more money than we expected too. We’ve already had people asking if we’ll do it again next year.”

“The Christmas Tractor Run was a first of its kind for us to organise, working alongside South Staffs Water. We were completely overwhelmed by the number of people who came out to support us and give generously in the local villages as the convoy passed through and the feedback from the tractor drivers, general public and all those involved has been really positive which is a very good for the agricultural industry. We have raised a fantastic amount for the three worthy charities, which do include Staffordshire YFC, as a rural youth organisation.”

After the run was completed, the drivers and many supporters enjoyed an evening of socialising at Cowley Hill Farm, Hamstall Ridware by kind permission of the Roobottom Family.  A band, Prosody, played some great Christmas tunes as well as classics and the awards for Best Dressed Tractor and Best Dressed Drivers were made.

Following the great success of this year’s Tractor Run, it is hoped that a similar event may be held again in the future. 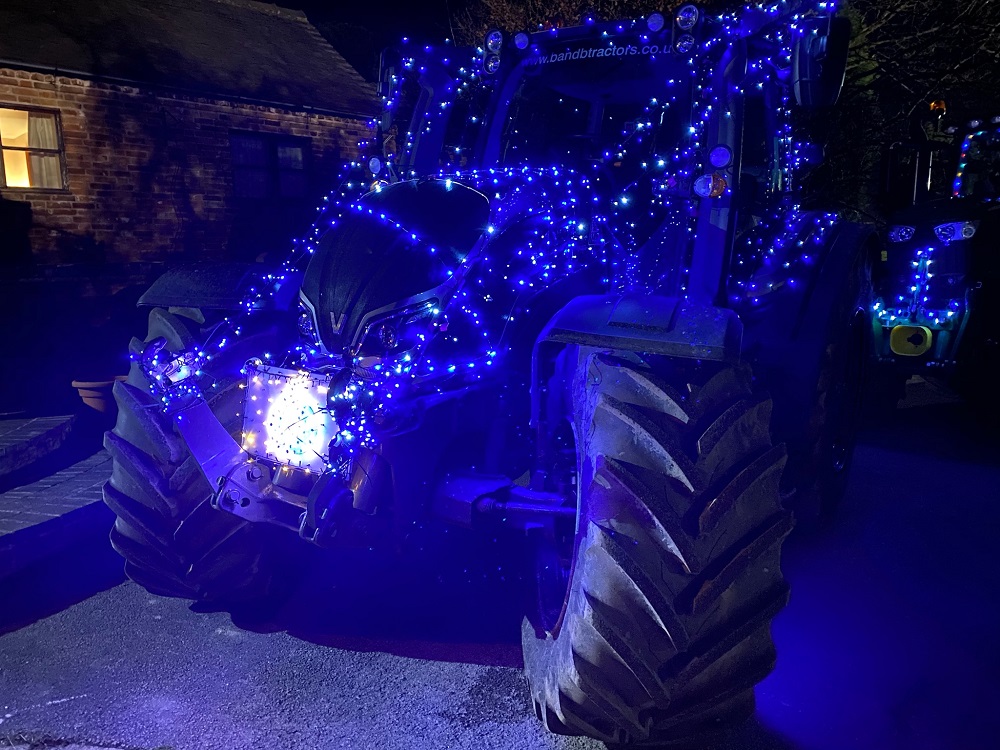 If you'd like to make a contribution to this year’s Tractor Run charities, a JustGiving site has been set up.