The RSPB team at Middleton Lakes were awarded £6,000 from the PEBBLE fund in 2019-20 to improve the habitat for wading birds.

The Jubilee Lakes at Middleton Lakes Reserve, near Tamworth,  provides a home for important wader species such as little ringed plover, avocet and lapwing. However, the site had two main problems which were limiting the habitat potential for these bird species. Firstly, the site was at risk of becoming too dense with the invasive non-native species Crassula Helmsii and rush. The site has also suffered from flooding which has washed away nests for wading birds.

Removing the Crassula, rush and willow creates muddy edges to the wetland, a perfect habitat for the wading birds. 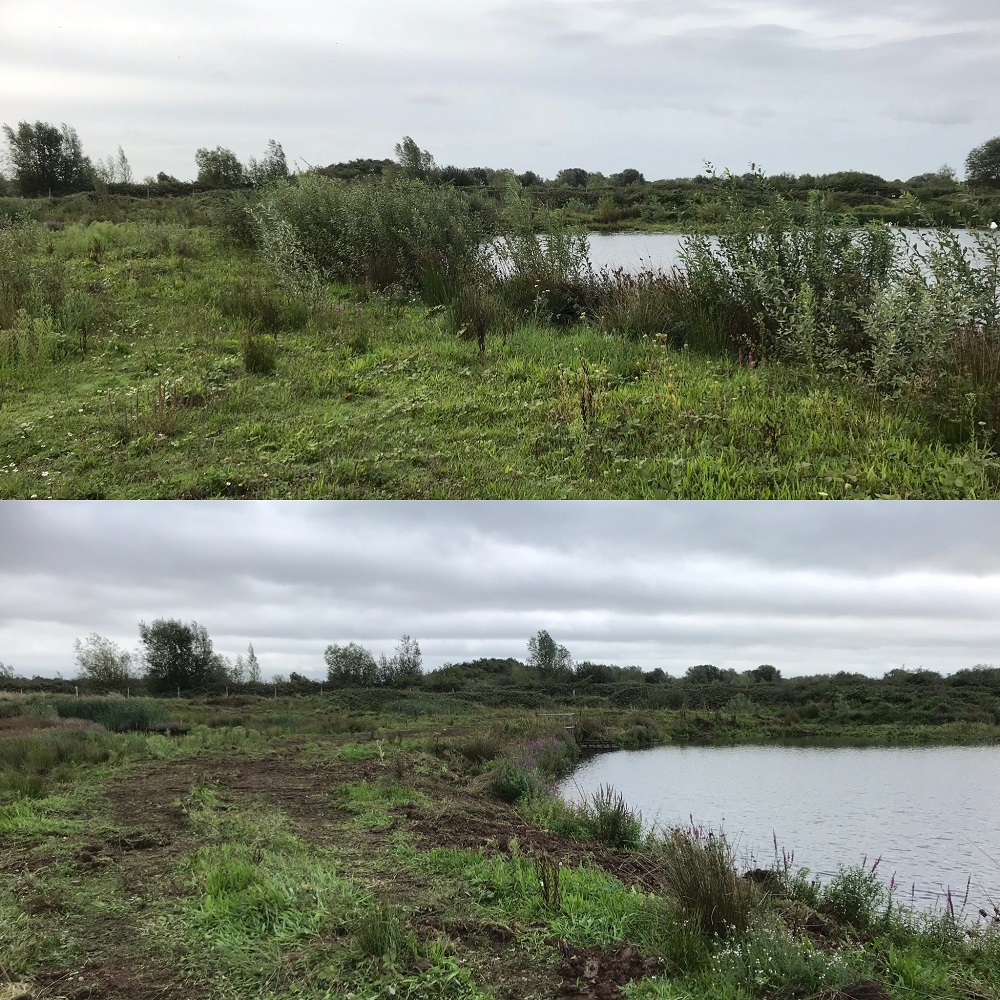 Photo shows: before and after willow removalAll the materials that were removed, were buried or re-used on the site to maximise habitat improvements. The Crassula was buried at least 1m deep to prevent it from re-establishing in the wetland. Any remaining soil was used to build up lower areas or put into the water to create underwater features to benefit aquatic invertebrates and fish.

On the areas of lower ground, two experimental ‘wader’ bumps were created. The site experiences small scale spring flooding, which has been getting worse over the last few years. Whilst only a small amount of flooding, this is enough to wash away any nests and prevent the area from being used by nesting birds.

These wader bumps create a slightly higher area of ground which the RSPB team hope will be used as a nesting site over spring. These small bumps of earth are above the flood level, providing a safe place for nesting birds. The team at RSPB will monitor the success of these wading bumps over 2021 and, if successful, look to implement more across the site. 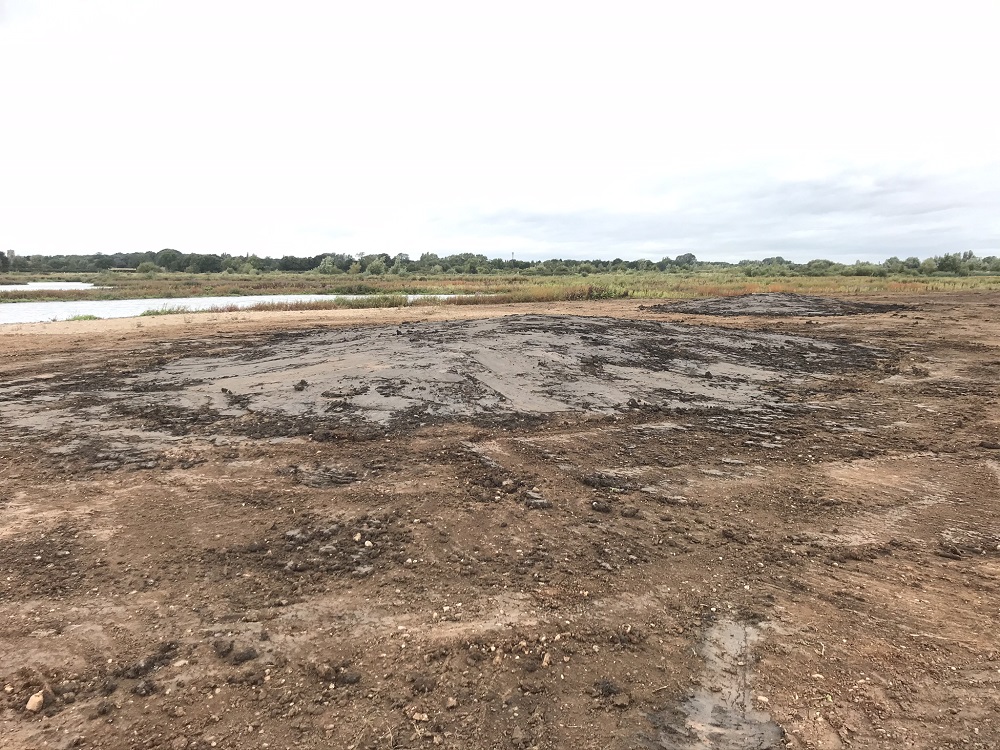 Photo shows: completion of the wader bumpsSince the project ended in September 2020, the wader bumps have become a favourite area for resting lapwing, as well as wigeon, shelduck, greylag geese and cormorants. The new muddy areas and bare areas have been used by migrating waders such as dunlin, black-tailed godwit and ruff.

"Receiving the support from the South Staffs Water PEBBLE fund has enabled us to carry out much needed habitat improvements for our key bird species.

It has been great for our workforce and visitors to see migrating birds making use of the new muddy edges. We have watched lapwing, ruff, black-tailed godwit and even the rare red-necked phalarope feed in the re-worked areas. We are pleased to have had the opportunity to refresh areas, adding to the mosaic of habitat across the wetlands and excited to see which species make their homes here next spring ”.

(Photos by kind permission of RSPB.)

Photo of a lapwing taken in September 2020